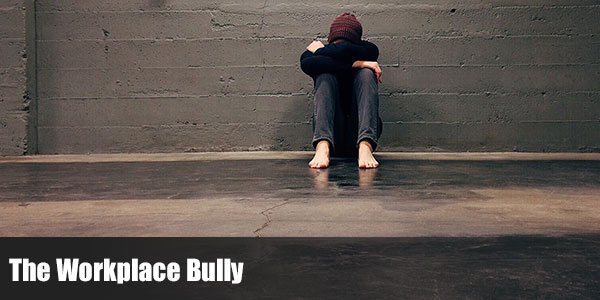 Despite what we have learned over the past two decades, the workplace bully remains a key problem for leaders and managers. The experts¾academics, management consultants, industrial psychologists¾all report an increase in bullying. And it’s not limited by demographics, tax brackets, or titles: bullying is increasing in cubicles, manufacturing plants, and even executive suites.

According to a 2017 National Survey, 61% of Americans are aware of abusive conduct in the workplace. This includes 19% of Americans who are bullied and another 19% who witness it, totaling an estimated 60.4 million Americans. Examples of the bullying are much more apparent via news outlets, social media, and the like.

For organizations and individuals, the costs are staggering. Some estimates exceed $150,000/bully/year. This costs employers and insurers $250 billion annually for direct employee health care expenses, turnover and re-training expenses, accidents related to stress-induced fatigue, litigation and settlements, and resistance to top-down change initiatives.

Traditionally, experts recommend that those bullied document the events, calculate the costs, and present these to the employer with a request to remove the bully. Unfortunately, the reported success rate for this approach is only 22.3%. The best approach for individuals and organizations is prevention: protect your employees with policies that enforce zero tolerance for workplace bullying and model the behavior.

In today’s culture, workplace bullying is defined as unwelcome behavior that occurs over a period of time and is meant to harm someone who feels powerless to respond.

According to the official website of the U.S. government, stopbullying.gov:

“Bullying is unwanted, aggressive behavior…that involves a real or perceived power imbalance. The behavior is repeated, or has the potential to be repeated, over time.

In order to be considered bullying, the behavior must be aggressive and include:

Bullying includes actions such as making threats, spreading rumors, attacking someone physically or verbally, and excluding someone from a group on purpose.”

Generally speaking, bullying in the workplace goes largely unrecognized by employers, but great leaders and managers watch and listen for the signs:

Aggression may involve a single incident, while bullying involves repetition and patterns of behavior. It is often subtle and hard to put one’s finger on. Bottom line, workplace bullies undermine an individual’s right to dignity at work.

While workplace bullies are likely to target peers, bullying crosses all levels of organizations, from the top down and from the bottom up. A 2019 Study suggests that stressful situations increase the risk of exposure to workplace bullying.

According to the recent study, A Risk Factor for Exposure to Workplace Bullying,

“Employees reporting a higher degree of imbalance between efforts and rewards (i.e. who are under-rewarded in comparison to their efforts) have a higher likelihood to be a target of bullying. The perceived injustice may lead employees to engage in norm-breaking behavior and also signal low social standing to others, thereby potentially eliciting negative behaviors from others.”

Other risk factors include:

Left unchecked, bullying can become status-quo for an organization, creating a bully culture and a spiral of abuse.

A bully culture is created when bullying becomes accepted as part of the workplace culture. According to author Tim Field and founder of bullyonline.org, there are several different types of workplace bullies, and distinctions between corporate, organizational, and institutional bullying:

Corporate bullying: when an employer abuses employees with impunity especially where the law is weak and jobs are scarce. Examples include: coercing employees, unfair dismissal, denial of benefits, spying/monitoring, creating competition between employees, encouraging fabrication of colleague complaints, etc.

Institutional bullying: when bullying becomes entrenched and accepted as part of the culture. Examples include: people are moved, permanent roles are replaced by short-term contracts on less favorable terms with little alternative but to accept; workloads increase, schedules change, roles change, career progression paths are blocked or terminated, etc., all without consultation.

Violence in the workplace is not uncommon: in 2017, assaults resulted in 18,400 injuries and 458 fatalities, according to the National Safety Council. While healthcare workers, service providers, and education workers report more violence than other industries, it can happen anywhere. Training to recognize signs of a workplace bully can help. Many industries have also adopted a threat assessment process to prevent violence. The American National Standards Institute endorsed the use of such teams in colleges in 2010 and workplaces in 2011.

The threat assessment process involves three functions: identify, assess, and manage. Threat assessment is different from the more established practice of violence-risk assessment, which attempts to predict an individual’s capacity to generally react to situations violently. Instead, threat assessment aims to interrupt people on a pathway to commit violence.

“Just as seatbelts and speed limits prevent injuries without predicting who will crash a car, and restrictions on cigarette sales reduce lung cancer deaths without pinpointing who will get the disease, threat assessments aim to prevent violence without profiling potential attackers. We don’t intervene because we predict someone is dangerous, we want to intervene because they’re troubled or there’s conflict or people are worried about them. Prevention becomes a bonus or a secondary gain from dealing with the underlying issue."

According to Cornell, "We found in case after case, with a systematic, careful approach focused on the problem that stimulated the threat, the threat can go away and the concern about violence diminishes. Every threat is really a symptom of a problem that someone can’t resolve."

It is imperative for leaders and managers to recognize the signs of a workplace bully and address issues before violence erupts.

Psychologists have typically looked at violence from an individual perspective, such as who might be likely to commit violent acts, however, they need to dispel the myths and identify the organizational factors that may lead someone to bully in the workplace.

Practicing respect in the workplace and eliminating bullying changes a whole company. Production and efficiency goes up, morale improves, and profits soar. Research indicates that even psychologically unhealthy people are much less likely to engage in violence in a healthy work organization.

There is no federal anti-bullying legislation in the United States, however, 30 states have introduced workplace anti-bullying bills in recent years, and businesses in California are required to train supervisors on how to identify abusive conduct. But even without protection under federal or state law*, bully behavior can be prevented and prohibited with employer policies and practices.

Don Philpott, a former senior correspondent for Reuters and editor of International Homeland Security Journal suggests a five-step process for understanding and preventing workplace violence in The Workplace Violence Prevention Handbook, (Bernan Press, 2019). This approach can also be used to prevent workplace bullies from causing further harm to individuals and organizations:

What are your anti-bullying policies and practices? How do they prevent bullying? Ensure there is an effective and supportive system in place for reporting difficult interpersonal issues.

Key to preventing workplace bullying is the knowledge and belief that such incidents can be promptly reported, heard, and investigated, and that workplace bullies will be held accountable. Therefore, it is imperative that leaders create and adopt policies and codes of conduct that address respect in the workplace and bullying.

* Bullying is actionable under federal law when the basis for it is tied to a protected category, such as color, national origin, race, religion, sex, age, disability and genetic information. If bullying amounts to some other civil or criminal wrong, such as assault or battery, it could amount to a claim under state law.